It all has to do with the training: you can do a lot if you’re properly trained. – Queen Elizabeth II

Royalty was spotted in Northwest Houston Friday afternoon, July 20th at Copperfield Bowl as the Houston Apartment Association hosted the sold out 2018 HAA Netflix and Bowl bowling tournament. It was a fabulous opportunity for team building and camaraderie among the apartment industry. The venue was packed with hundreds of bowlers adorned as their favorite Netflix characters along with a robust crowd of spectators.

Terri Clifton, President of Better World Properties LLC, was spotted in a stunning, silken white gown with royal blue sash and sparkling crown emulating Queen Elizabeth II from the Netflix series, The Crown. Terri was accompanied by her royal escort, Michael Knight, Vice President of Operations for Better World Properties LLC, who made a dashing Prince Philip in his full dress whites, gleaming medals and epaulets. The royal couple was joined by their loyal royal staff: The Better Crowns who were decked out in dress whites and tiaras with contrasting royal blue sashes.

Better World Properties LLC hosted two teams of The Better Crowns bowlers where royalty was seen throwing several clean strikes along with one jaw-dropping baby-split and the rare gutterball. There were royal wrist waves (never above the crown) and opportunities to mingle with others in the apartment industry. It was an afternoon filled with fun, friends, team-building and laugh-so-hard-you-cry moments.

Thanks so much to Better World Properties LLC The Better Crowns sponsors: Redi Carpet and GP Padillas Painting for their support. 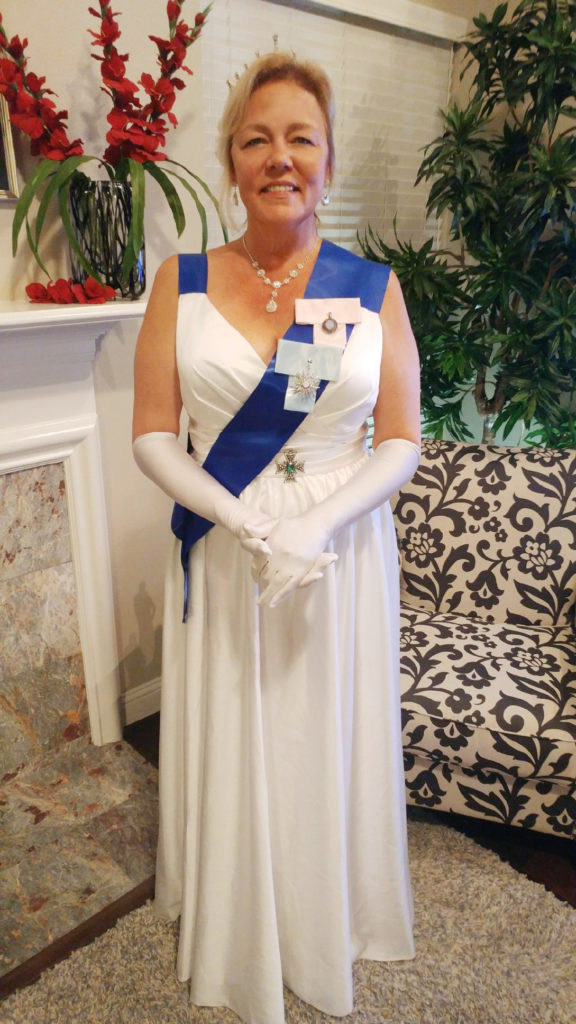 Her majesty, Queen Terri Clifton was the recipient of the Best Female Costume award at the sold out 2018 HAA Netflix and Bowl event.

We encourage you to have fun each day, smile and be kind to each other. Won’t you join us in making it a Better World?